In this wave ripple effect in Flash tutorial, you will learn how to animate ocean waves with a sunset background. This is an easy tutorial, very similar to the Animated Flag.

We will use an ocean image which you can download below. Then we will add the wave’s animation over the ocean part of the image. We do all this in a few layers, with techniques like masking, and drawing the curved lines for the wave effect.

Then we create a motion tween for an animation timeline for the wave animation in Flash.

We will create a sunset scene with the sun close to the horizion. Then create a reflection of the sun on the waves. Then we add a red overlay to the scene.

And that is how I made a rippling water effect in Adobe Flash Professional. Read the tutorial below.

How to make realistic ocean waves in Adobe Flash

First make a new document and Import a background image with ocean and sky. You can also use one provided with the tutorial. Scale as needed and make it as a movie clip named “background” 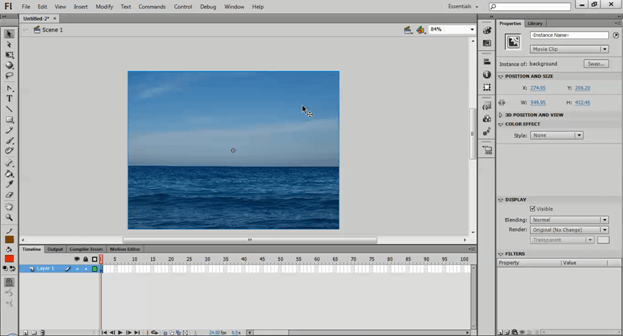 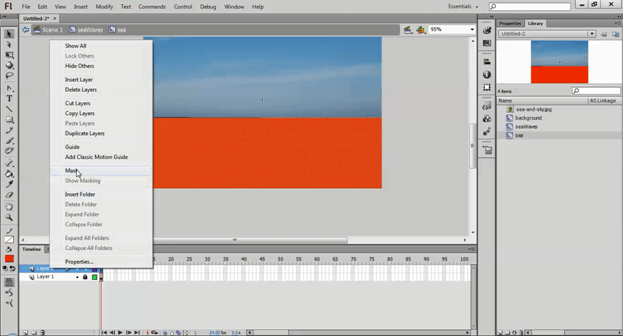 Now get out of this movieclip by double clicking an empty area. Now you’re in seaWaves movie clip. Now select the sea movie clip and scale it larger to bottom as in the image below. 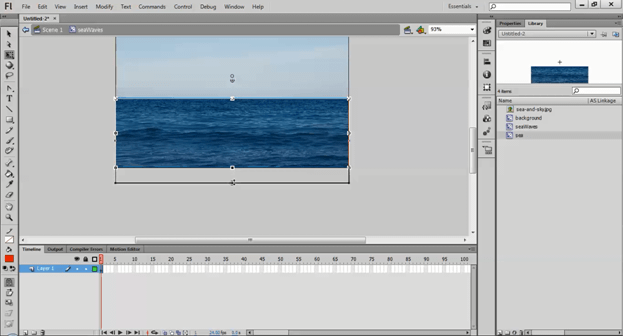 Now make a new layer and make a curved line. You can make use of the pen tool to do this. 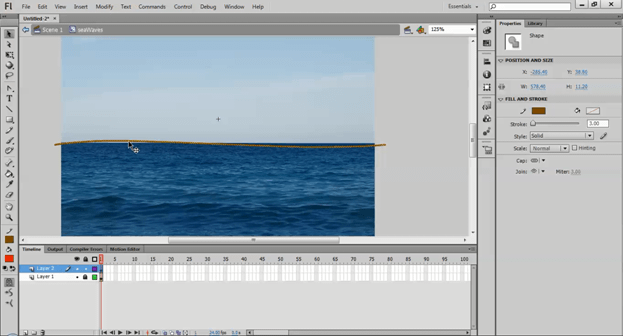 Now make many copy’s of the same line as shown in the image. Make sure that you have aligned correctly. Use the distribute vertically in the align if needed. Also make sure that you made enough copies that the lined goes 1/3 of the outside bottom of the ocean. Finally select all the lines and go to Modify > Shape > Convert lines to fill. 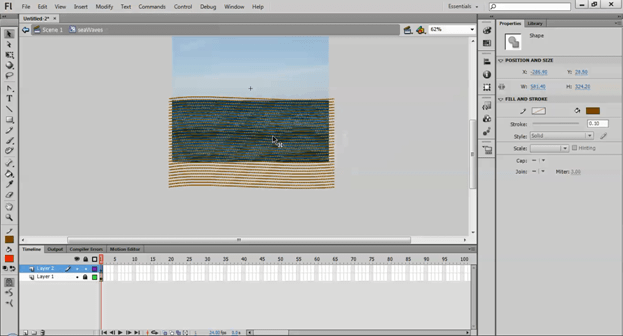 Now convert all the lines to a single movie clip and create a motion tween on the layer. Insert a keyframe at frame 50 or something far from that. In the new keyframe, move the lines a little bit upper carefully. The position must be seamless and the lines should be kept outside the ocean area or else the animation will look wired. Now hit Ctrl + Enter to test the animation. If you see the waves very fast, then move the keyframe of the curved lines farther on the timeline. 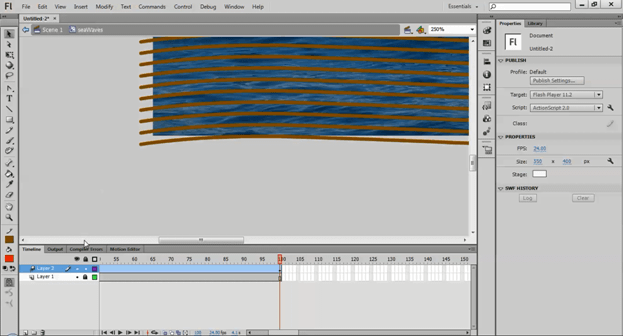 Now press Ctrl + E to go to the parent of the scene. Make a new layer and cover the whole scene with a red rectangle. Convert the rectangle into a movie clip then change the blending to overlay. 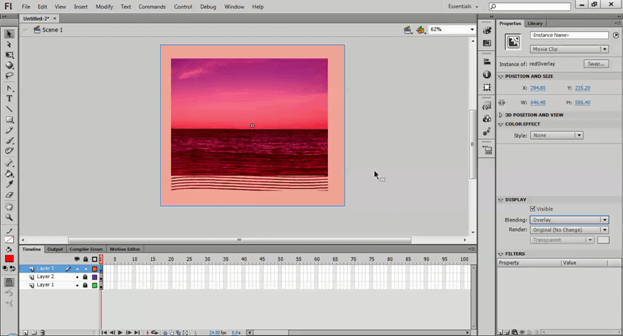 Now make another layer and make a dark orange eclipse for sun. Convert it to a movie clip named sun then add inner glow with 15px red and outer glow with 35px red. 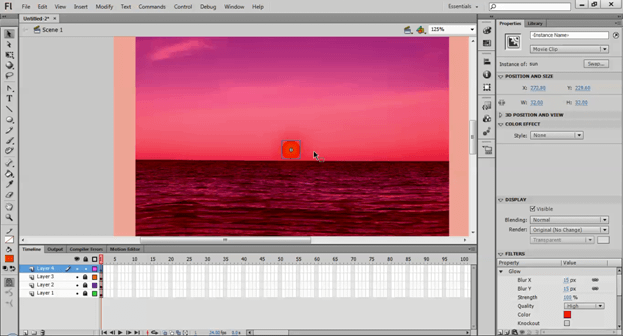 To make a reflection of the sun on the ocean, edit the seaWaves movie clip. Add a new layer then drag and drop the sun movie clip in correct position. Scale it a little taller, add a blur effect with 20px. Make sure the color is bright red. If your sun color is not red, you can use adjust color. Then change the blending mode to overlay. 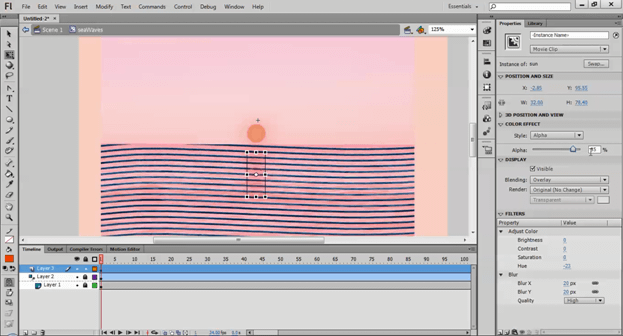 Finally go to the parent of the scene, add a rectangle that covers only the size of your document and then make this as a mask. Move every used layer under this mask. Now test your movie by Ctrl + Enter. 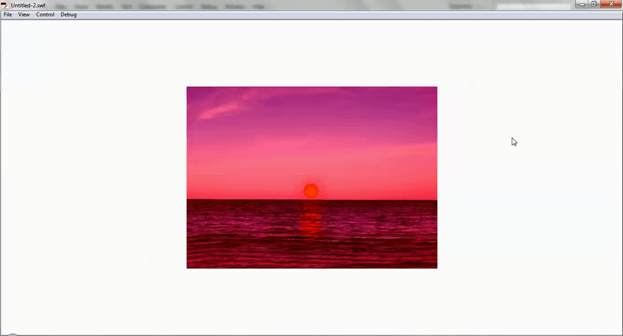