In this Adobe Illustrator tutorial you will learn how to vectorize an image. You will use a simple reference bitmap image of a cartoon cow, and then use Illustrator to trace over it to make a simple vector image.

Vectors are graphics consisting of lines and curves defined by mathematical formulas. In Illustrator, you can resize or modify vector graphics without losing any resolution.

In contrast, bitmap images become blurry or pixilated when resizing. This tutorial will image trace (vectorize) the bitmap and convert to a vector image.

* Use the Pen tool to draw points and lines.

* Use the Direct Selection tool to move and scale anchor points.

* Use the Illustrator Pathfinder tool to combine multiple objects.

1. Create a new document and import your image that you want to make vector. To do this tutorial correctly, use the image that’s provided with the tutorial. To import the image, go to File > Place and select the image then click open.

2. We’re using an image of a cow here. To vectorize this image we’ll start from the position that is most far in depth. In this image, the body of the cow is the object that is in the most back position. So make a new layer and lock the first layer that holds the main picture. To make the body you can just use the Oval tool and make an oval shape that fits the body. Select the shape and change fill color to none and stroke color to black. Don’t worry about overlapping head or legs.

Now copy that oval shape, make a new layer, lock the previous layer and paste the shape in the new layer. Press Ctrl+F to paste in front. This will hold the exact position.

3. Now select the pen tool and draw lines along the grey spots. Make sure your lines goes out of the body. Follow the picture below. Use Direct Selection tool to select, move and scale anchor points. 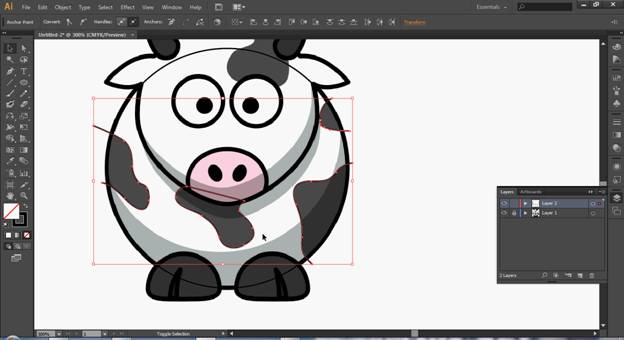 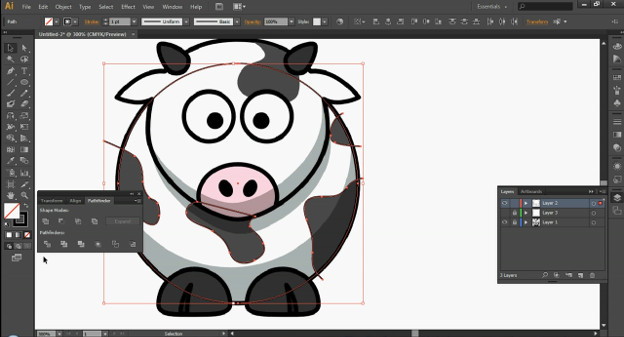 5. Same way now, make another layer and draw paths along the head and the mouth (pink area). Use Pathfinder. Also make sure you copied the outline of the head to a new layer before using the pathfinder. Do the same thing with paths for ears of the cow. 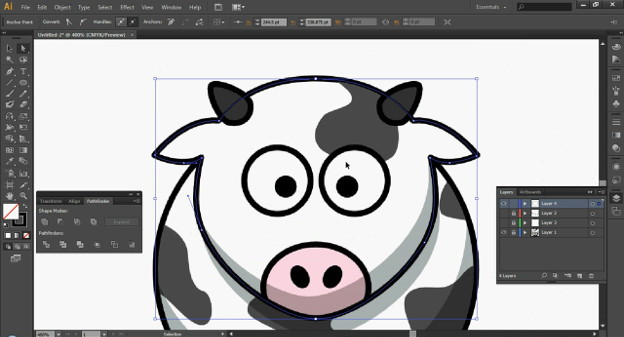 6. Now make the nose holes also with the Pen tool. Draw one and Reflect it. To reflect and copy, select the shape and go to Object > Transform > Reflect. Chose vertical and click copy. Same way, also draw the eyes and Reflect. 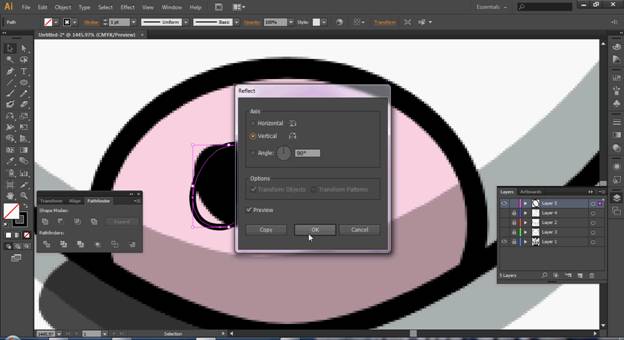 7. Now make a new layer and make the leg paths. Use the Pen tool to draw paths and then use the pathfinder same way as before. In the case of the leg, use reflect and copy.

In the same layer make the paths for the horns. 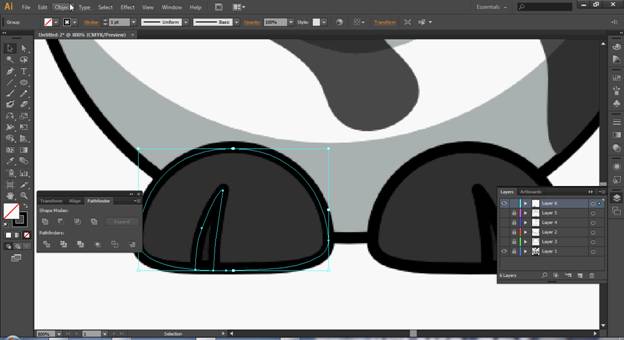 Ok, Select and move all the paths to an empty space on the canvas. 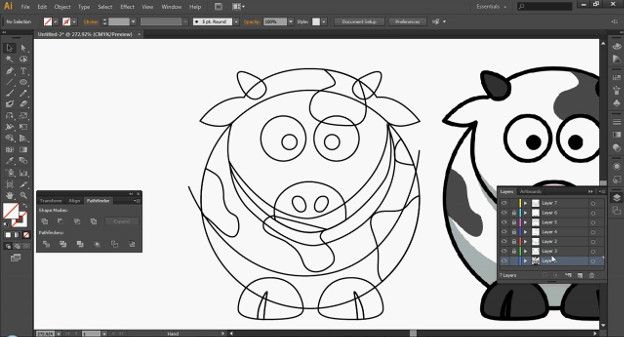 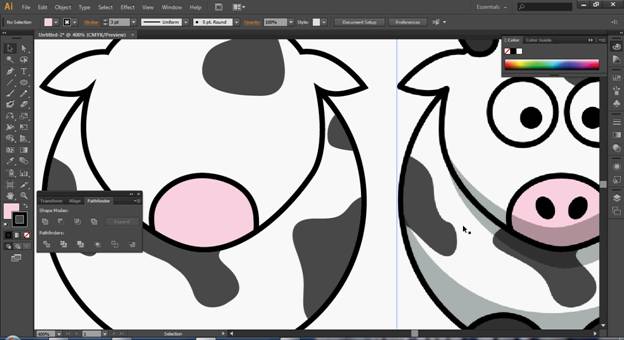 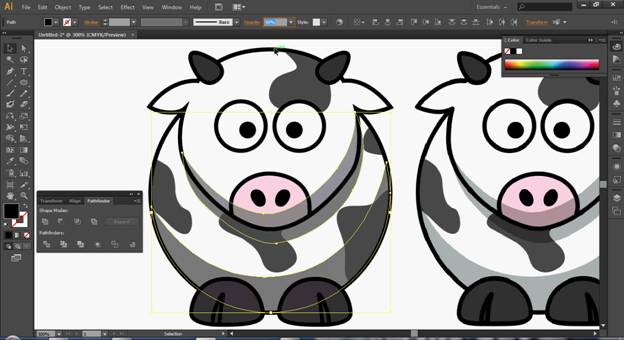 10. Finally, select the areas which represents the shade and fill them with black color with no stroke and change the opacity to 20%.

Now let’s contrast the two images zoomed in. Vector on the left, and bitmap on the right.

If you liked this tutorial, please share with your friends!